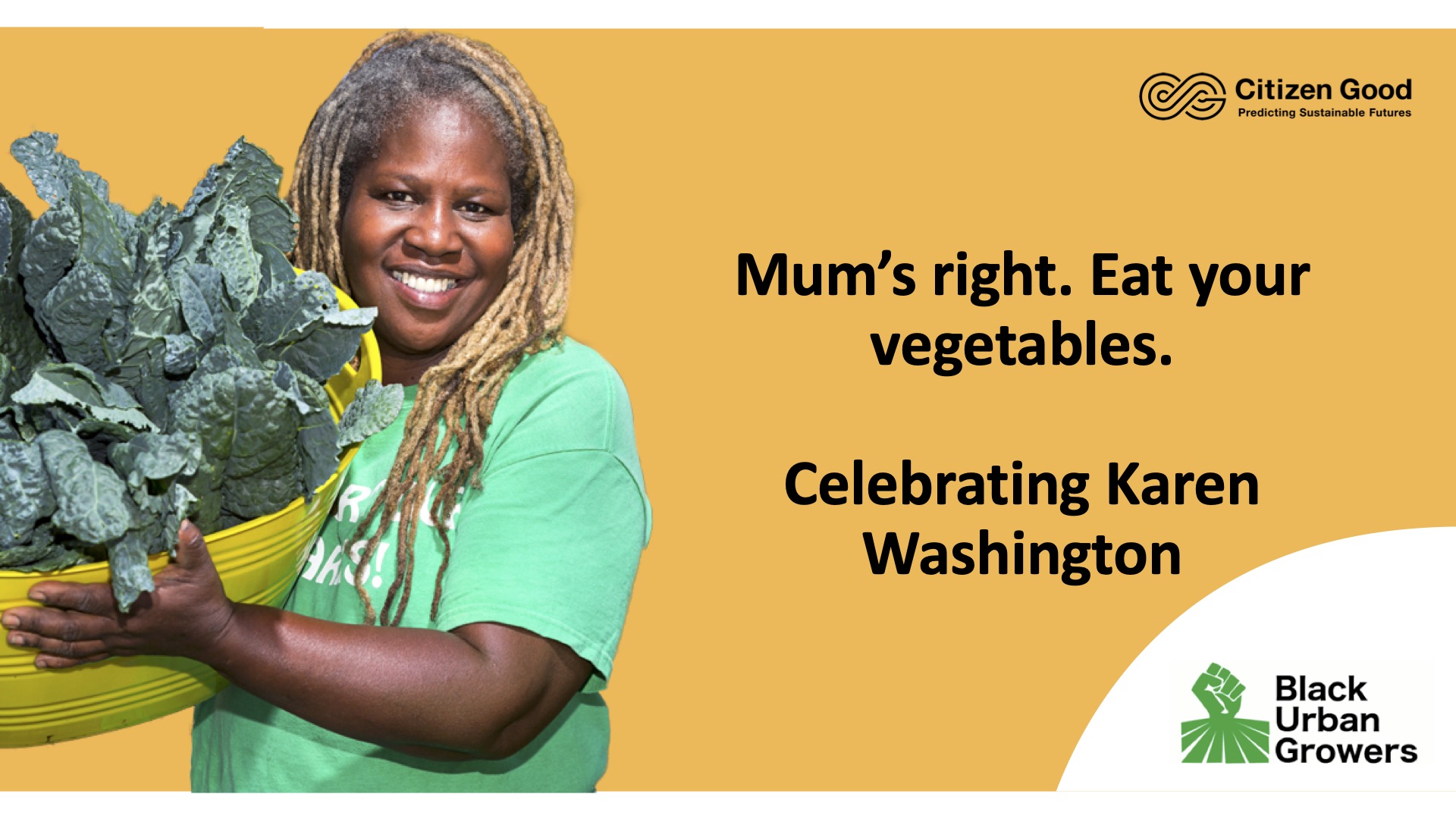 So, we are celebrating Karen Washington as this week’s female powerhouse.

Karen became an urban farmer in the Bronx back in the 80s and is the co-founder of the Rise & Root farm in Chester upstate New York. She also runs La Familia Verde a farmer’s market in the Bronx to ensure her community has access to fresh fruit and vegetables.

She has been battling for food justice over the last three decades. Through her experience as a physical therapist, she saw the impact of food deserts on her patients, predominately people of colour, suffering from obesity, diabetes and hypertension. Karen vocalised the inequalities in food provision in the USA – where many minority communities are being serviced by fast food outlets and junk and processed food options, rather than fresh foods.

Karen coined the phrase Food Apartheid where a food ecosystem is plagued by racism and classism with deep widespread effects of hunger, poverty and racial and environmental injustice. As an example, the majority of farm subsidies and USDA support go to large white farming operations, leaving smallholder farms, community gardens, urban plots — particularly Black and Latinx — lacking access to capital or representation in food production and policy.

“You know sometimes people think food is a privilege. Food isn’t a privilege, it’s a right. And we want people to exercise that right to fresh, healthy produce in their neighbourhood, and that’s what we’re all about.”

Well done Karen for getting to the best kind of “food fight”.