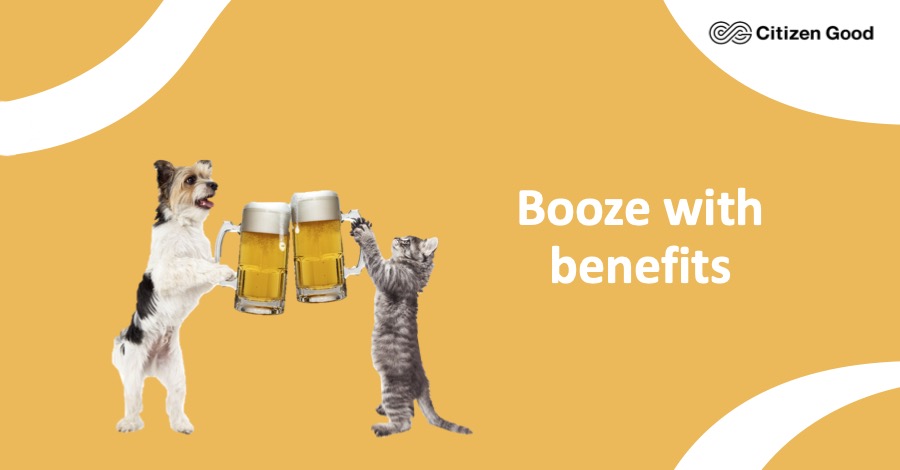 Has it ever been acceptable to go into a pub with a group of friends and order a non-alcoholic beer? In the UK there has always been a prolific pub culture. Ordering non-alcoholic options has come with a social stigma and no suitable alternatives to a draught pint have ever been available, but times are changing.

Contrary to common belief, alcohol consumption actually fell during lockdown and 6% said they had stopped drinking all together. 21% of those who already drink have increased their consumption but 1 in 3 are taking steps to stop drinking completely. That’s 14 million people in the UK turning away from alcohol, according to Opinium.

Michelob Ultra has seen sales boom even during COVID where other beer brands have been hit hard. It’s the low calorie, low carb message that has seen it become one of the top selling brands in the US with sales of $4.68BN according to Euromonitor. There have been a host of smaller craft beers promoting a healthier way to consume alcohol. Skinny brands was one of the first to move in this space and many more have followed suit.

This low cal, low carb drinking experience has been accelerated by the emergence of a whole new category now taking on beer, hard seltzer. White Claw defined the category in the US and in 2021 it is set to hit the UK. Many brands are getting ready for a boom in UK hard seltzer and building up their portfolios. Moslon Coors recently invested £5 million in UK hard seltzer brand Three Fold in anticipation.

Are we on the cusp of breaking the social stigma of a non-alcoholic pint on a ‘big’ night out? The growth projections behind the sector suggest we are, with expected growth of 31% by 2024. Lucky Saint, a fast growing lo/no alcohol beer, is setting its sights to be the first on trade non-alcoholic draft beer. This emerging category is starting to promote a whole new set of benefits never before associated with alcohol. Athletic Brewing Co overtly promotes its association with a health conscious lifestyle, challenging the way future generations see the sector. Isotonic and mood enhancing beers without the hangover feel like a dramatic change for the alcohol industry but is this where we are heading?

The no / low explosion could start to promote a whole new set of ‘beers with benefits’ previously prohibited in alcohol. In the future alcohol may only be one component of the evolving adult beverage sector as we move to a world beyond beer as we know it.