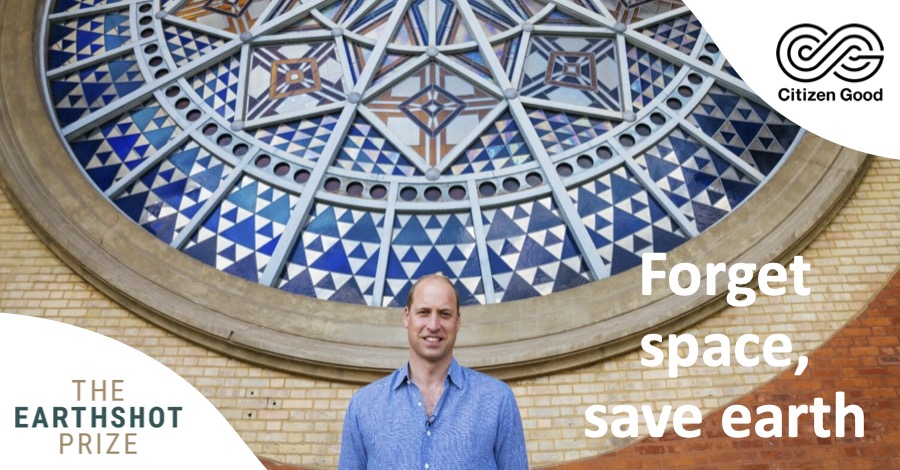 What a great initiative launched by the royal foundation last Sunday. Inspired by the late President John F Kennedy’s Moonshot to get the country united behind winning the space race against Russia and landing a man on the moon, Earthshot is Prince William’s answer to uniting the human race around the challenges we face from climate change. It captures the spirit of how we need to collaborate to make a difference and suggests everyone can make a positive impact.

It’s a powerful idea, offering £1M prize to viable, scalable solutions. We need people with vision and grit to drive the climate agenda, people who really care about where we as a planet are heading. Prince William’s father, Prince Charles, has for decades been a solitary voice in the world of conservation. In the eighties, he was branded as crazy for his rather unorthodox approach and penchant for talking to plants. It appears the apple doesn’t fall far from the tree as Prince William has picked up his passion and enthusiasm for conservation. This royal partnership feels like a powerful voice with a genuine chance of driving a more positive relationship with nature.

We felt Earthshot is a great antidote to the depressing rhetoric of doom and gloom so prevalent online and in the media. So often do we hear about the problems, and the impossible task of ever reaching the under 1.5 degree warming targets. It is refreshing to see a champion offering real solutions and putting money behind those efforts.

Our actions as individuals, groups, charities, companies, governments, and land stewards will deliver meaningful change, and Prince William’s Earthshot is a small step for man but a giant leap for humankind in the right direction.