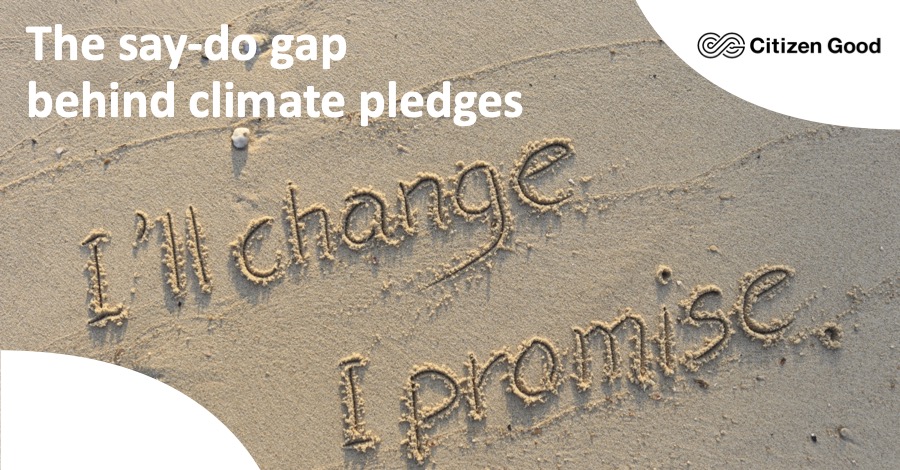 In 2015 the Paris climate agreement set the most ambitious climate targets ever undertaken by world leaders. It was agreed emissions would be cut to address the stark warnings from climate scientists who stated, a rise in temperature of 2 degrees or more would create a climate emergency. This target is not new, it has been implicit in every COP and climate discussion since the 1990s. For over 30 years, world leader have been discussing the ever looming climate emergency but still, under current commitments, the world will continue to warm to 2.7 degrees rather than the 1.5 degrees agreed in Paris Climate Accord.

So what’s different about COP26? Nations have promised to end deforestation, curb methane emissions and stop public investment in coal power. Are any commitments made over these 2 weeks actually worth the paper they are written on?

This year we have seen devastating fires in Canada, flooding in Europe and China and dramatic climate migration in India. Is this the catalyst that will make these commitments different? The number of people impacted by the climate crisis will continue to increase if we don’t find solutions.

To add to this sense of emergency the global population is growing faster than ever. Over the next 30 years we will reach 10BN people. We can barely feed the 7.9BN currently on the plant. We will need to produce as many calories over the next 30 years as we have done over the last 500 years just to feed everybody. The increase in demand for global calories will have a significant impact on our food systems.

2 out of the 3 promises signed up to at COP26 have their root cause in agriculture. Agriculture has been a large contributor to deforestation and methane gas emissions. It is also the essential ingredient to feeding the rising population. It is both the problem and the solution, but it will require the industry stepping up and owning the agenda. Agriculture needs to take a central platform at the next COP summit not as an aging, problematic, technology but as a cutting edge solution. Agriculture has the unique ability to unite agendas working with farmers, land owners, corporates, governments and NGOs to tackle the challenges together, and deliver real scale solutions across billions of hectares of nature around the world. The increase in regenerative farming practices and a move towards better data are two enablers making a positive shift in behaviour a reality.

In the UK, Citizen Good are involved in a study with the British Government (DEFRA) looking into how closer cooperation between government, farming communities and the corporate sector could unlock funds and innovation to accelerate change. We are speaking with dozens of corporate leaders, farmers, land stewards and agricultural technology solution providers. The aim of the study is to influence policy in a way that enables pledges to be maintained and funds to be directed at immediate action. If you would like to know more or contribute to our study please get in touch.

With your help, we would love to see agriculture transform COP27 from BLAH, BLAH, BLAH to YES, YES, YES!