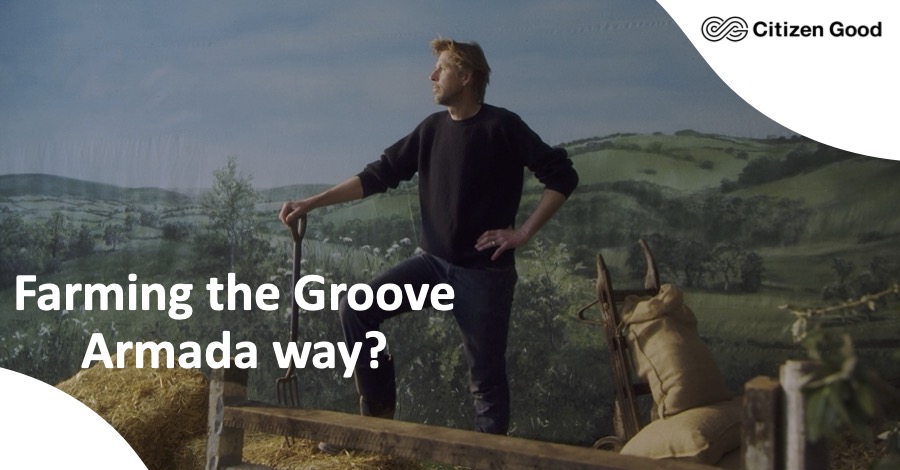 In Rome there is a monument erected by Caesar Augustus (27BC – 14AD) called the Miliarium Aurem (golden milestone). It is the point from which, scholars believe, all distances within the Roman empire were measured. It is ground zero, the beginning of everything, the genesis of civilisation as far as the Roman empire was concerned.

At that time cities were not connected to each other instead, they all had roads connecting to Rome. Everything ended in Rome and started in Rome.

When it comes to the challenges we face with global warming we believe we know where it all starts and ends. We know what to fix, we know where all roads lead.

It’s all down to what grows, how its grown and how its harvested. The food we eat, the trees that sequester carbon, the wildlife that fosters biodiversity. Without this foundation, nature will fail and so will all business. Healthy soils are the genesis of all life and the key to a healthier planet.

We are not alone in our views. Over the last few years we have been following Andy Cato, half of the 90s electronic music duo Groove Armada Andy and his team at Wild Farmed became the unlikely champions of regenerative farming with their focus on feeding the planet whilst feeding the earth.

His farming system is being shared with, and adopted by farmers around Europe looking to build more regenerative farming practices. He is spreading the message beyond the traditional farming community and, as a first generation farmer, he has a unique perspective on how to inspire the next generation, to make sustainable choices, when it comes to the food they eat.

This is Groove Armada farming. This will blow your mind and your perspective on farming. We would love to see Stormzy catch the farming bug.

Citizen Good are working with the British Government (DEFRA) exploring how closer cooperation between government, farming communities and the corporate sector could unlock funds and innovation to accelerate change. We are speaking with dozens of corporate leaders, farmers, land stewards and agricultural technology solution providers.

The aim of the study is to influence policy in a way that enables sustainable choices to be easy consumer decisions. If you would like to know more or contribute to our study please get in touch.