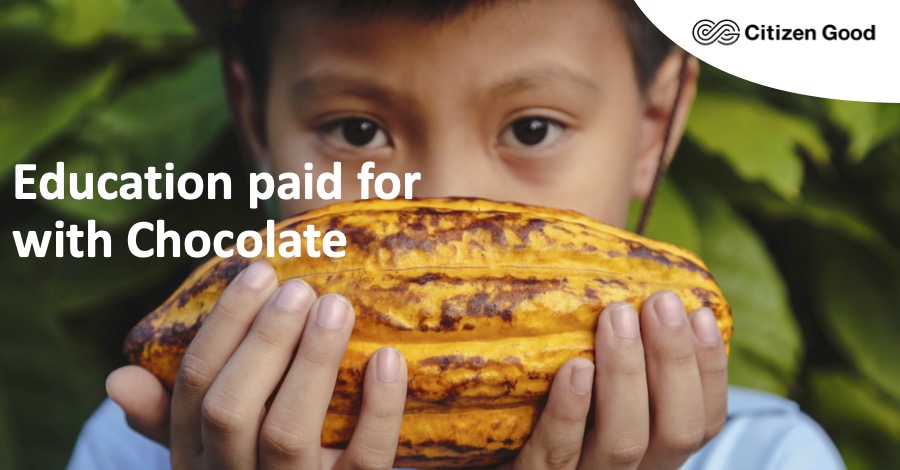 Why does everything always need to be so complicated? Have we got so used to living in a high growth, technology driven world that we miss the simple solutions with the potential to drive real change?

Last week Nestle announced they will be using an innovative approach to tackle child labour in the chocolate business. They will pay farmers directly to send their children to school. It feels so obvious and such a positive move by Nestle to get straight to the root cause of child labour within the chocolate industry, poverty.

The chocolate business is complicated. For decades, child labour and child slavery have been an ugly truth in large scale cocoa production and the fact remains, there is a very high chance the bar of chocolate you eat today is the product of child labour.

Chocolate is not an essential food. It’s a treat. It’s deplorable that so many children need to suffer in its production. Last year we wrote a piece about child slavery in the cocoa trade and asked the question: Would chocolate still have the same great taste if consumers knew it was picked by child slaves?

Tony’s Chocolonely have built a chocolate brand around the single aim of eradicating slavery from the $104BN a year cocoa industry. They have demonstrated that no brand is too small to make a difference and lead the way. In fact, Tony’s are applauding Nestle for their new initiative. Impactus Prime, Paul Schoenmakers, “We are excited about Nestlé’s new program and its approach to tackle child labor risks. We welcome Nestlé in joining our example by aiming for full traceability and addressing poverty as the root cause of the problems in cocoa.”

Nestle are confident consumers will pay a premium for chocolate produced by ethical farmers (Tony’s is proof of that).  Alexander von Maillot, Nestlé’s Head of Confectionary at Nestle, said, “Over time, there might be an increased price for some of the products, definitely,” adding that consumers were willing to pay if responsible business practices justified the price. Nestle is going to launch KitKat products next year made with cocoa from farms that received cash incentives.

Companies who deliver a clear social or environmental ‘good’ are winning

This approach from Nestle follows an inspiring precedent set by Unilever with corporates investing in delivering a genuine benefit or ‘good’ to the communities in which they operate.

Nestle identifies poverty as the root cause of child labour in chocolate, but poverty is the root cause of child labour in many industries. For example, fashion, electronics, and food production all have the same conditions under which human exploitation thrives. By removing those conditions, Nestle are aiming for a fairer world and perhaps their actions will inspire others to look for those simple solutions that make a big difference.

The UK government are taking this a step further and looking at ways of supporting these types of ‘public good’ investments making it much easier for businesses to identify challenges, engage in new partnerships, and measure progress.  If the UK gets it right, their example could act as a guiding light for governments all over the world, to accelerate our transition from ‘profit at any cost’ to a people, planet and profit world.

We are currently working with the UK government exploring how they can support corporates in the funding of public goods. If you are interested in getting involved or would like to know more, please get in touch.