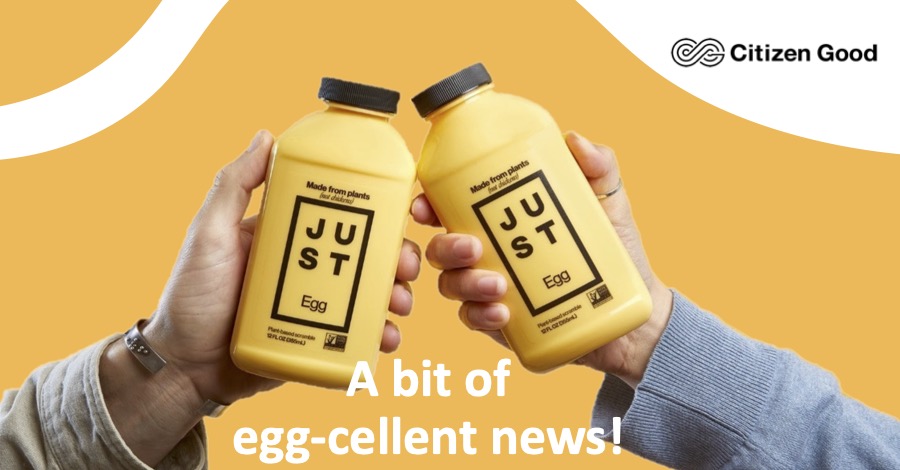 We love this tv spot from JUST Egg.  It removes any preciousness or misconception (depending on where you stand) about vegan food. It’s plant-based egg made from mung bean and it looks & tastes like chicken eggs.

JUST Egg is the fastest-growing egg brand in the US and will be launching in Europe this year. Eat Just the company behind JUST Egg and GOOD Meat was a finalist in Fast Company’s ‘2021 World-Changing Ideas Awards’.

“Forward-thinking consumers in Europe have been asking for JUST Egg since the day it launched in the U.S. Whether because of climate change, health or a connection to animals, the demand has been significant as has interest from retail and foodservice partners. I’m grateful for the recent approval, which opens the door to begin distribution across Europe before the end of the year,” said Josh Tetrick, co-founder and CEO of Eat Just.

By making plant-based eggs, their impact stats are compelling:

We are egg-cited to get cracking.