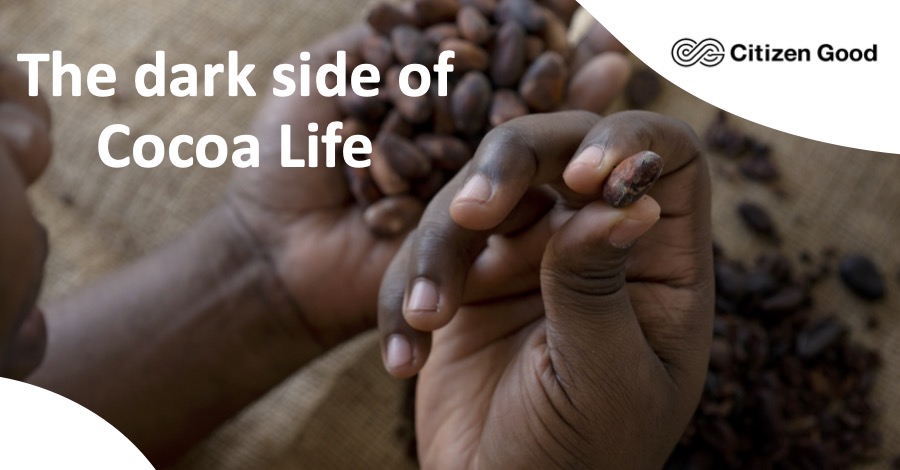 Cocoa Life was set up by Cadbury in 2012 to increase transparency between consumers and farmers, respect human rights and promote ‘self-sustainability’. Cadbury claims the chocolate is 100% slave free.

Evidence in the report revealed that Cocoa Life child farmers earn less than £2 a day. In addition to the emotional burden, young children bear physical scars from the dangerous work they do using sharp knives and machetes on cocoa farms linked to Cadbury. Other children are seen struggling with heavy loads, long hours and dangerous tools.

The low prices that Cadbury pays for its cocoa beans means farmers are often forced to employ children. From a typical £1 chocolate bar, just 11p goes to the farmer, whilst 10p of every bar goes to profit for Cadburys. Mondelez, owner of Cadbury, earned $4 billon profits last year.

Labels like Cocoa Life sound great and reassuring but it’s an example of greenwashing.

The Dispatches documentary is only 30 minutes, it’s a hard view, but an important reminder to look beyond the label.

Check out our previous blogs:

Education paid for with chocolate